SOS-SRF has granted over $225,000 since their inception. This has only been possible because of the many individuals and organizations who support our mission and who have made donations (or participated in our auctions). Some donations honour friends or family or dogs who have died; some are made "to help the huskies". We deeply appreciate this support and would like to acknowledge those donors. (We will ask your permission to post your name before doing so.) This is a new initiative as of the fall of 2010, so if you've made a donation prior to that your name may not appear here. If you would like it to, please contact the webmaster (Maureen Lamb on Contact Us page).

In order to continue to support the deserving rescuers and dogs, please consider making a donation. You may make a donation to honor a person, group or special dog. You may choose how your contribution will be listed or you may remain anonymous. Use the PayPal link to the left or visit our Contact Us page for our mailing address.

Another new initiative is our "Featured Guardian Angel" which was introduced in our fall 2011 auction. The high bidder of this auction item is given space on a separate page for six months to honor a former or current Siberian Husky or rescue organization. Click the link on the left to see our Featured Guardian Angel.

This was a challenge to donate a minimum of $5 to an animal rescue organization in memory of Betty White, who would have been 100 on January 17. Betty was an actor and animal rights advocate who died in late December 2021. We received donations from Joanne A., Darren T. and J. Clem (Team), Margaret B. (Husky Helper) and Rita Y-J. (Team Leader). Thank you, everyone!

Donations made in memory of Marilyn Zanotti

Marilyn Zanotti had the very first Agility titled Siberian in the US - her rescue, Sasha. She was also High In Trial at the SHCA National Specialty's very first agility trial in Carlisle, PA (1998?). Her husband has asked that memorial donations be made to SOS-SRF.

During the month of April 2019, for a donation of $10 or more and we donated one (or more) of our plush toys to Dr. Bear's Closet a program run by the Children's National Health System in Washington, DC. We ended up donating all our stuffed toys due to the donations of Gail Roberts, Verla McFayden, Warren Griman, Jane Ramirez (in memory of Tasha), Pat Tetrault, Michael Behr, Cheryl Dawson (a second donation made in honor of Randee McQueen's birthday), Kristine Biagiotti-Bridges, Phyllis Wise, Amanda Gerke, Mary Ann Strock and the Bay Area Siberian Husky Club. Thanks to all of you for making this possible

Here are all the stuffed toys ready to go. We donated 15 Lazy Beans Huskies, 9 Wendy Wolves, 8 Huskies with red collars and 19 small huskies that are supposed to bark when squeezed.
When we dropped off the huskies there was no volunteer at the volunteer office so we didn't get a more official picture of the hand off. However, we did take a picture of the huskies in their bags.

It's our 20th anniversary this year so we're suggesting a donation of $20 (or a multiple of) to help us continue the work we've done in our first 20 years. So far we've received donations from 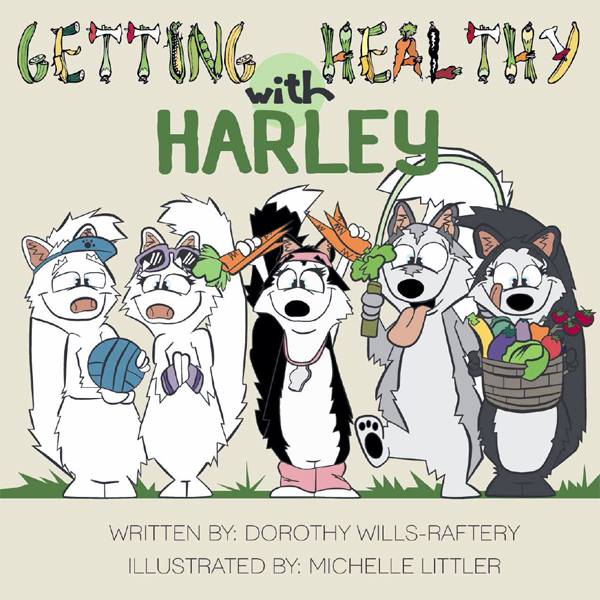 Bob Baker, who was our Rescue Coordinator since 2002, passed away on November 30, 2015. Bob was devoted to the Siberian Huskies in his life and to the breed in general, as well as being a valued member of our board. The following people have made donations in his memory:

From Jack Causa in honor of Kiko for medical care for other huskies:

Jack lost his best friend last year (to diabetes) and still grieves for "Kiki Beak". Kiko has given Jack years of love and devotion, not to mention fun and lots of laughter. Kiko could be found either paddling around the swimming pool on his raft, or sticking his nose deep in the snow, or up to his rear end digging in the backyard burying his precious bones and running around in circles when Dad was getting ready to feed him. He could be seen at the window waiting for his Dad to come home. Kiko had an amazing life. He loved to "talk" and was Always the center of attention whenever he was out and about. He is missed terribly and in his honor, this holiday season, Jack is giving the gift of life to help other Huskies receive the medicine they need. You are missed Kiko and not a day goes by that your Dad doesn't think of you and wish you were still here. Kiko is in the sky now chasing the stars and running free to his hearts content.

From his friends and colleagues at the National Oceanic and Atmospheric Administration (NOAA).

John Sukys fell in love with Siberian Huskies about 15 years ago when he met a close friend's dog, Moonshine (see left middle). "Moonsie", 17 years old this month ( August 2010) personifies the loving, loyal, & intelligent breed. She lives up to her name as well, as you always have to keep a watchful eye on your beverage when she is around! John and Moonshine totally adored each other. After John bought a house with a big fenced yard that could contain a Husky (you know what escape artists these crafty creatures can be!), he decided it was high time to find a Husky of his own. In 2007, when he learned of a desperate situation in which numerous Huskies were in need of a good home with plenty of nurturance, John came to the rescue and found "Magic", a 3-4 year old Wooly Coat Siberian (see left top). It took a while for the adoption to come to fruition due to the circumstances in which the dogs were obtained, but John persevered. Just like the steadfast breed, John went to the animal shelter day after day, for two months, to walk his new friend and hopeful full time companion. As their bond cultivated, John recognized Magic's skepticism in human nature. The trauma Magic had experienced with his former master had led to an embedded distrust in people. Once John saw that the distrust was not easing, John strategically adjusted his approach to create a new "pack" setting to included canine assurance. John knew it would take "dog talk" to assure Magic that people can be loving and trustworthy so he began to include Moonshine on the SPCA visits in order to help initiate Magic's trust in humans. Magic watched Moonshine's calm demeanor and faith in people and he eventually "took her bark (word) for it". John instinctually knew the only way to get to Magic's heart was through Moonshine's and, sure enough, John and Magic eventually became best of friends. Long standing health problems resulted in Magic's death 3 years later, but there is no doubt that he knew profound kindness & love from his master & friend.

After experiencing Husky ownership, John was hooked. He longed to raise a puppy, so circumstances prevailed that allowed "Max", a mischievous little silver coated rascal with boundless energy and an inquisitive personality, to come into his life. Max was the new sparkle in John's eyes. They were always together and remained great pals until John's untimely death in July 2010. John's generous spirit, caring nature, & wonderful sense of humor will be remembered by all who knew him: human & canine alike! We all will miss him greatly but rest in knowing he and Magic are walking the shores of heaven—together again. (September 2010 - prepared by Jenni Garrott, owner of Moonshine)

"A man's dog stands by him in prosperity and poverty, in health and sickness. He will sleep on the cold ground, where the wintry winds blow, and the snow drives fiercely, if only he can be near his master's side. He will kiss the hand that has no food to offer; he will lick the wounds and sores that come in encounter with the roughness of the world. He guards the sleep of his pauper master as if he were a prince. When all other friends desert, he remains. When riches take wings and reputation falls to pieces, he is as constant in his love as the sun in its journey through the heavens.

"And when the last scene of all comes, and death takes the master in its embrace, and his body is laid away in the cold ground, no matter if all other friends pursue their way, there by his graveside will the noble dog be found, his head between his paws, his eyes sad but open in alert watchfulness, faithful and true even to death." - George Graham Vest

Thanks to the following people who responded to our appeal for funds in fall 2010: